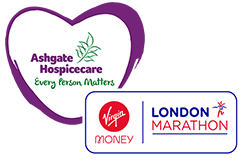 So he’s finally done it. Unfortunately, due to Covid-19, All the London marathon runners could not compete in front of the crowds and supporters in our Capital (Even the Elite Athletes had to run to the sound of their own feet). Instead, all had to complete the 26.2 miles around the streets/Canals local to them.

For Tim, his run took him all the way from the centre of Chesterfield, up the canal through Staveley, passed Renishaw, around Rother Valley Park, and then all the way back the same route finishing in Queens Park. He managed to complete 26.2 Mile run in a respectable 5 hours 20 Minutes. So we would like to send a huge congratulations to Tim, in what couldn’t have been an easy achievement.

Tim has said that despite the unusual conditions, he received fantastic support from other runners, people out for a walk, and a couple of Merlin colleagues that he spotted along the way.

So far Tim has managed to raise a massive £1300  (£1570 including gift aid). A huge thank you to everyone who has donated and supported in so many ways. He still has a place to run the Actual London marathon once the Covid-19 crisis has subsided, so he is hopeful that he can raise some more money for such a fantastic cause.

Anyone still wishing to donate can do on the below link.

Again, Thank you all for your support over the past year.

And once again from all at Merlin a huge congratulations to Tim for completing the Marathon.