The 50p alcohol per unit price, cut the damage cost of inflation with Merlin Business Software 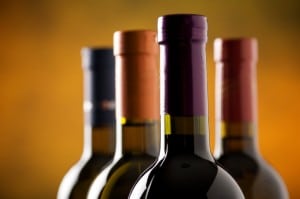 The 50p alcohol per unit price, let us help you

The BBC News website reports that Scotland looks set to have a different minimum price for alcohol to England and Wales.  In Scotland, a 50p price is already set to be introduced, while in England and Wales this is only set to 45p.

Health campaigners from a coalition of 70 health groups think that there should be a pan-strategy to combat problem drinking which would include the 50p minimum price for a unit of alcohol, a ban on advertising and a tougher rules on sales.

Research at Stirling University suggests that a 50p minimum price would reduce consumption by 6.7% which would dramatically reduce alcohol deaths and alcohol related hospital admissions.

The research also included that advertising and sponsorship should be stopped and that labelling should show health warnings. It also uncovers that licensing rules be standardised and the drink-drive limit lowered to address the problem drinking. The report most dramatically suggested that there should be restrictions on where alcohol could be sold including sales after certain times and separate tills in supermarkets.

In an interview, Sir Ian Gilmore of the Alcohol Health Alliance agreed that governments should work together on the issue.

Although Henry Ashworth, Chief Executive of the Portman Group, which represents the UK’s leading drinks producers, commented that the vast majority of people drink within recommended guidelines.

“What we need are targeted solutions focused on those individuals and local areas which require the most help, not nationwide marketing bans which are proven to be ineffective in reducing alcohol misuse.”

Ashworth believes that the industry has already introduced a wide range of measures to encourage responsible drinking that already includes health warnings and that localised solutions must be found to tackle the issues not penalise  the ones who are already drinking sensibly.

React now by saving time and increasing your profitability

At Merlin, we can provide an IT solution that will work alongside any of these changes providing a reduction in time needed to process orders, improve sales to your customers and increase productivity.