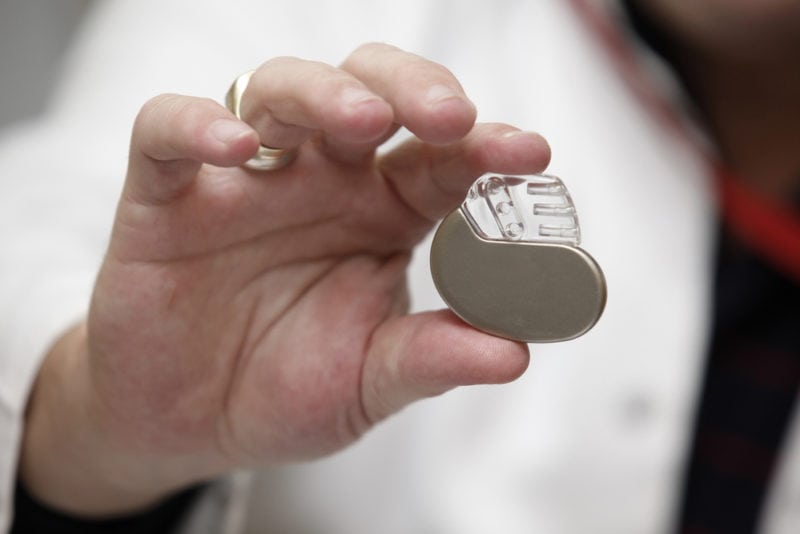 Medical device firm St. Jude Medical Inc., announced Monday that it acquired Nanostim Inc., a medical device company that makes the world’s only miniaturized, leadless pacemaker.Nanostim’s pacemaker is the first device of its kind to be implanted directly into the heart through a minimally invasive procedure. The device is steered into the patient with a catheter through the femoral vein in the groin.

The device’s tiny size — less than 10 percent of a traditional pacemaker — eliminates the need for pacemaker leads, which are thin wires widely considered the weakest link in pacing systems.

“This sort of innovation represents a true paradigm shift not only for devices as they exist today but as a platform for other product developments, like a leadless dual chamber system,” said Eric Fain, president of the St. Jude medical implantable electronic systems division.

Though the device is currently used for single chamber pacing, with further development the technology might be used one day for double or triple chamber support as well.

The Nanostim leadless pacemaker recently received the CE Mark for sale in Europe and also received conditional approval from the U.S. Food and Drug Administration for its investigational device exemption application.

“We’re expecting to start enrollment for the U.S. trial in the first quarter of 2014,” said Fain.

St. Jude Medical paid $123.5 million to Nanostim shareholders as part of the buyout deal. The merger agreement also provides for the possibility of additional payments of up to $65 million if the device meets additional sales and regulatory goals.